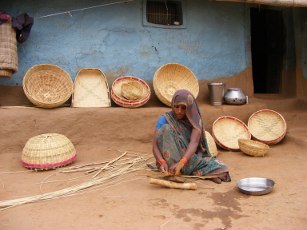 There are those in this world who, standing on the shoulders of giants, are able to reach out to far greater heights. Then there are those who have no giants to stand on. They spend their entire lives reinventing the wheel...

The term 'open' refers to freedom. Open societies allow for humans to express themselves freely, subject perhaps to constraints of decency and non-harm to others. Closed societies on the other hand, use every means to control what others can see or not. Open societies move ahead rapidly on the power of the free human spirit, while closed societies across the world remain repressed and backward.

The drive towards 'Free' software is formally associated with Richard Stallman and the formation of the Free Software Foundation in Boston in 1985, though there was a long tradition of the same in prior decades. Stallman is the creator of the GNU General Public License, which assigns the following four freedoms to software:

It is important to note that Stallman's definition of free software does not refer to freedom from cost (or 'gratis'). 'Free' is rather associated with the four freedoms listed above (commonly through use of the term 'libre'). Stallman has no issues with earning money by selling software.

Through the years, there have been phenomenal developments around this theme. In 1991, the Linux project was started by Linus Torwalds as a collaborative effort involving programmers around the world. It was released under the GNU GPL license, and together with the GNU contributions, became the foremost server platform in the world. Today it is also on its way to becoming the foremost desktop and mobile platform. There are hundreds of variants and distribution packages of Linux, for use on devices from mainframes to mobile phones and embedded systems. In 1998, the Open Source Initiative was established, somewhat in rebellion against the freedoms advocated by Stallman. This initiative led to an alternate term, Open Source, as referring to the same approach of software development and release, but highlighting instead the technological efficiencies afforded by the approach rather than the freedoms.

At eCubeH, we too have a different take on the meaning of the word 'Free'. We tend to follow the मुक्त भी, मुफ्त भी expression (libre et gratis) that has become prevalent in India. In 2005, as we began a new phase of software development for the social sector, we looked for ways to control costs, while maintaining an acceptable level of quality in software solutions. We built the eCubeH software stack over the years, piece by piece from offerings in the FOSS world. Our incredible finding through the process was that our software stack was actually far superior in quality and features relative to commercial offerings. This can be explained by the superiority of the open source approach, as also of the kind of professionals it attracts to work for the cause.

We continue to develop a sophisticated multi-device networked platform without spending a single penny on commercial software. We continue to research and experiment extensively with new products. We continue to develop the eCubeH distribution package for specialized social sector needs. We develop FOSS, W3C and other standards-compliant software solutions for our network partners. Given increasing inquiries from the broader social sector for our products, we will begin releasing these in the near future together with necessary support services. We value the 'free-of-cost' nature of software, not just to economize, but because we believe that our civilization has become overly commercial and it is time to bring back some humanity into our transactions. Accordingly our software is usually made available free-of-cost to social practitioners. We earn our livelihoods through service and support charges, and the only limitation we place on making our software available is that the recipient meet our social orientation criteria.